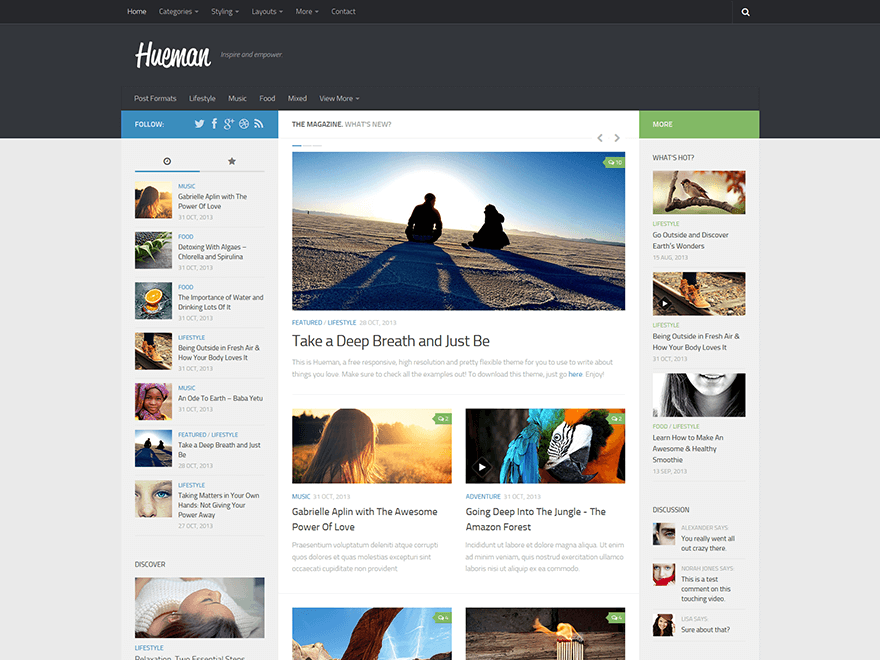 The  version 3.0+ of the theme is now live on WordPress.org.

This updated version is compliant with the latest WordPress theme repository requirements, in particular the fact that all theme options must now be set from the WordPress customizer.

Moving the options to the customizer has been a challenging development experience, especially for the dynamic settings like sidebars and social settings. I hope it will result in a user friendly interface, in line with the initial creator and designer ( @alxmedia ) philosophy!

Because since now there were actually 2 versions of the Hueman available.

To start from a new basis, I decided to jump to v3+.

What are the main changes in the new version 3.0+ ?

I’ve spent most of my development work on 2 groups of options :

Those options enable the users to dynamically create new options. The social links should not be impacted by the upgrade, however, it might be a little more complex for the sidebars, depending on how users implemented their sidebars previously. The majority of the users should not see any differences on their website when upgrading.

For the rest of the options, they’ve simply been adapted for the WP customizer and should not present any specific problems.

How can I recover the previous features of the Github “full” version of the Hueman theme ?

The Hueman Addons plugin is ready and available on WordPress.org . You can download the latest release here. It replaces the former “full” version of the Hueman theme previously available on Github.

The Hueman Addons plugin includes the following features (as of May 2016):

Is there a specific documentation page with the new version ?

Yes, we have already published a “Getting Started” guide available here. More documentation pages are coming on specific topics.

Where can I report an issue related to the new version ?

Please report any issue you might have in the Hueman theme WordPress forum.

In the next days, my team and I will be watching the forum topics and will try to address the questions and issues as much as we can.

Which version of WordPress is supported by the Hueman theme ?

Because under the hood, the javascript code for the customizer manipulates section and panel instances which were not available before 4.1. 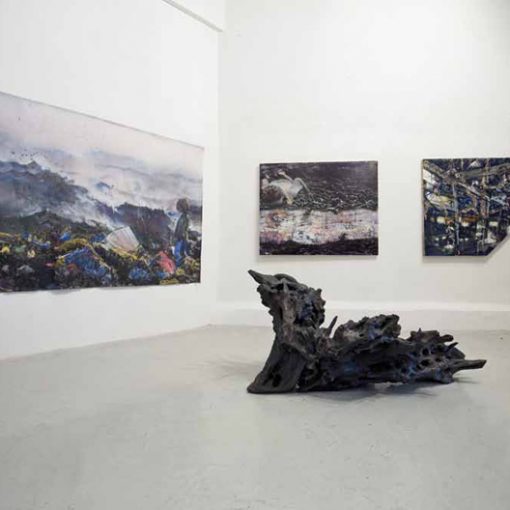 Dear Hueman theme users, In this new release, we have added two new options to control the height and width of the […]